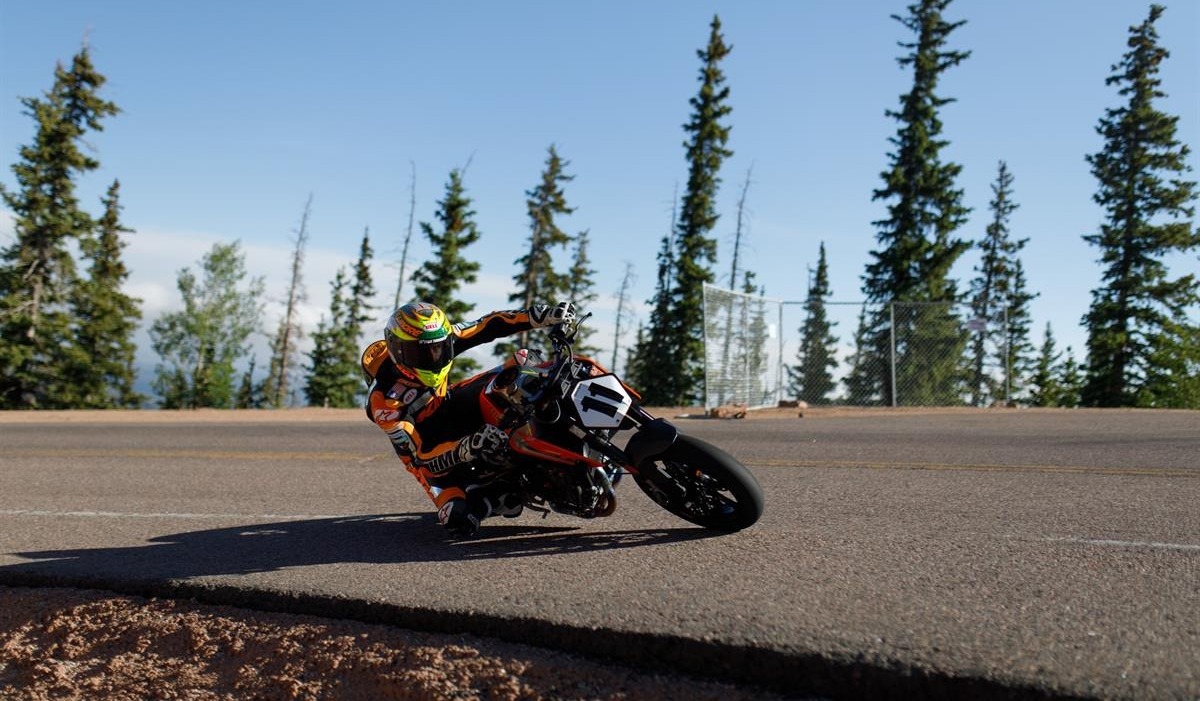 The 96th running of the Pikes Peak International Hill Climb took place on Sunday, June 24 and KTM riders Chris Fillmore and Rennie Scaysbrook displayed READY TO RACE performances to capture two overall podium finishes at the Race to the Clouds.

On Sunday morning, Chris Fillmore etched his name into the Pikes Peak International Hill Climb record book once again as he raced the KTM 790 DUKE to a Middleweight course record with a time of 10:04.038. Rivaling the times of Heavyweight front-runners, Fillmore also solidified the incredible feat of third overall as he pushed the limits aboard a middleweight machine.

Finishing just ahead for second overall was Fillmore’s KTM-mounted Heavyweight division teammate, Rennie Scaysbrook, who raced the KTM 1290 SUPER DUKE R to a near photo finish as he came a mere .692 of a second away from capturing the outright victory with a time of 9:59.794.

Fillmore, who now holds the Pikes Peak course record in both the Heavyweight and Middleweight motorcycle divisions, still remains the fastest motorcycle rider to ever go up the mountain with an impressive 2017 run of 9:49.265 on the KTM 1290 SUPER DUKE R. This year, Fillmore came into the 96th running of this iconic event with a new set of goals and challenges on the new bike. In true READY TO RACE fashion, Fillmore executed all 156 corners and 12.42 miles of the extreme Pikes Peak course to finish less than five seconds away from the outright victory, giving the middleweight KTM 790 DUKE an impressive debut into the U.S. racing scene.

Chris Fillmore: “We set some goals before coming here to try and win the Middleweight class, break the Middleweight course record, and I really wanted to podium the overall. I got way closer to an overall win than I ever would have expected on a middleweight bike and I’m just happy how everything turned out, it was a good weekend.”

Meanwhile, in the Heavyweight division, Rennie Scaysbrook set his sights on going after Fillmore’s outright motorcycle course record aboard the KTM 1290 SUPER DUKE R. Scaysbrook, who finished runner-up in 2017, matched his previous overall finish on Sunday as he fought hard all the way to the checkers for an extremely close finish with a time of 9:59.794.

The entire KTM team would like to congratulate Rennie on another impressive performance up America's Mountain! 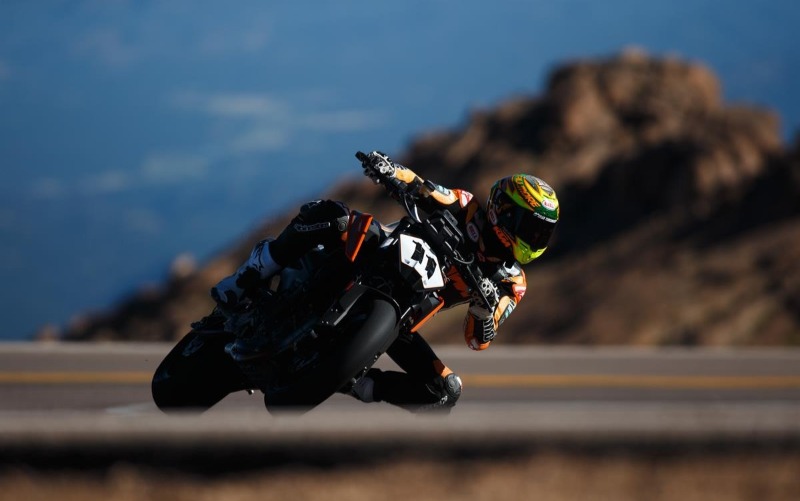 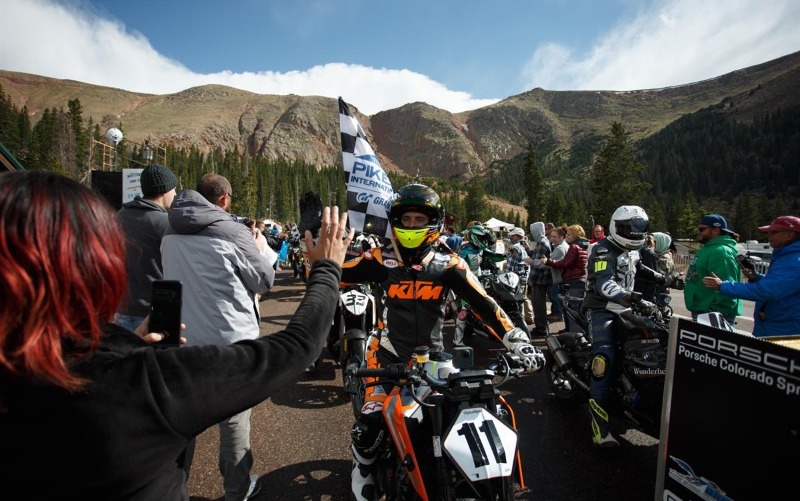 For official results from the 96th running of the Pikes Peak International Hill Climb, please visit the official website at http://ppihc.org.